Biophilic Design in Light of Art, Neuroscience, and Technology

Sky Factory Nominated Twice at the 2020 Architizer A+ Awards

The 8th Annual Architizer A+ Awards just announced five finalists per category who will vie for both the Jury Award and the Popular Choice Award. Architizer, the world’s largest platform for architecture, announced the official nominations across 100+ categories ranging from typology projects, materials and technology applications, and new architectural products.

Sky Factory earned two finalist nominations. The first was for the Aperture SkyCeiling, a bi-sensory oculus that features a unique mechanical design for virtual skylights. Aperture was nominated in the Lighting: Contract Lighting category. At the same time, the INFINITY SkyCeiling, the first biophilic illusion of sky designed as a suspended ceiling cloud, secured the company’s second nomination in the Finishes: Ceilings category.

Architizer’s professional jury will evaluate each of the five finalists in every product category according to rigorous criteria that includes aesthetics, performance, and impact on the built environment. While the Jury Award is bestowed by secret vote, what makes the Architizer A+ Awards a true global celebration of architectural design is the Popular Choice Award, which is open to the public. 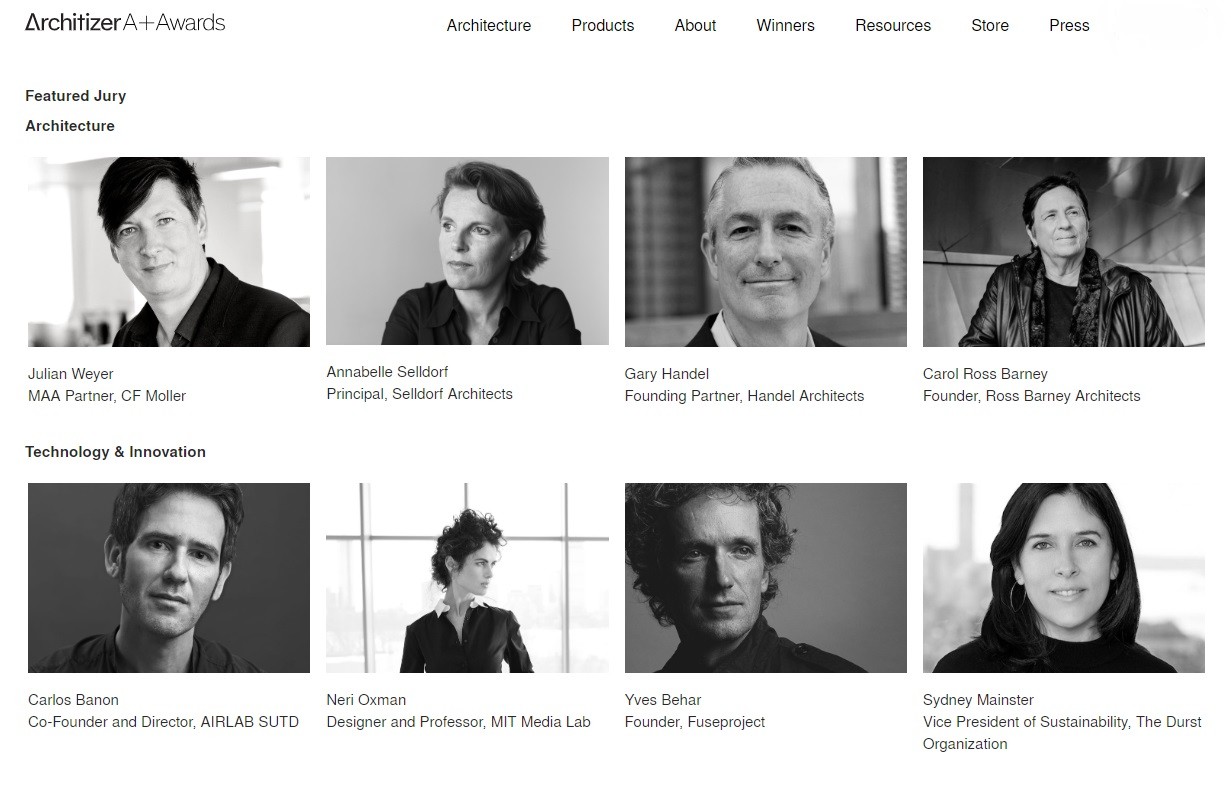 In collaboration with its official partners, Phaidon, the publishing house, NYCxDESIGN, the iconic design festival, and The Webby Awards, celebrating excellence in web design, the A+ Awards allow the community-at-large––architects, designers, design lovers, and the general public––to cast a vote in every single category, effectively placing their collective voice on par with the votes cast by industry leaders. 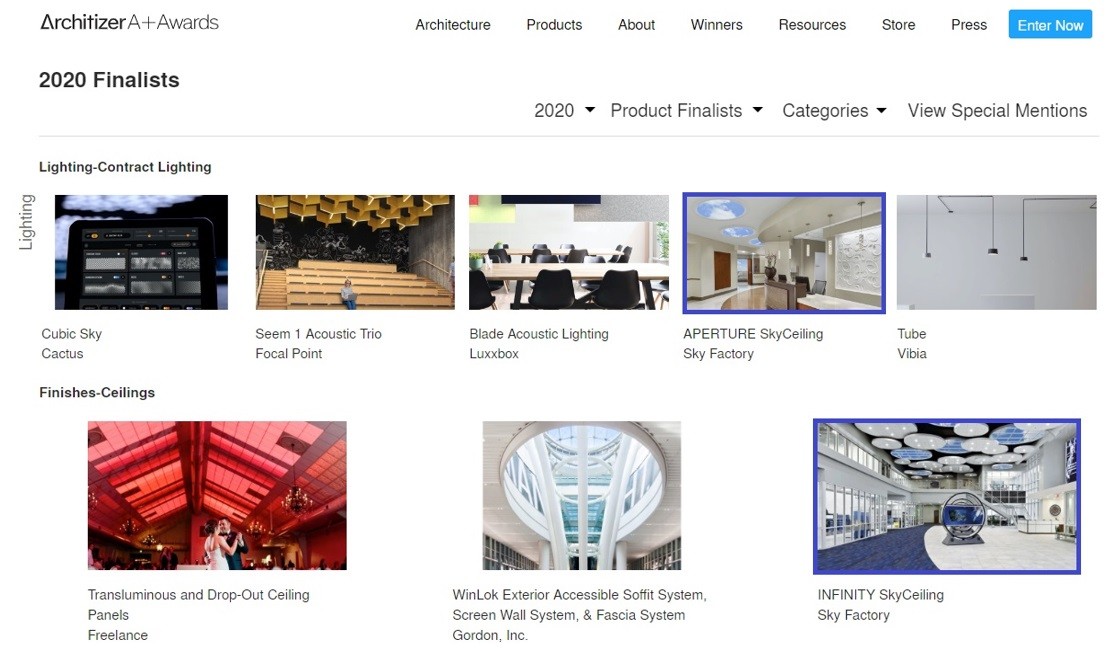 Starting July 20th through July 31st, the Architizer A+ Awards kick-starts in public voting phase. Please follow the instructions below and yes! You can help us win the Popular Choice Award in two categories.

CLICK HERE to VOTE for Aperture SkyCeiling and SELECT Login or Register to Vote. 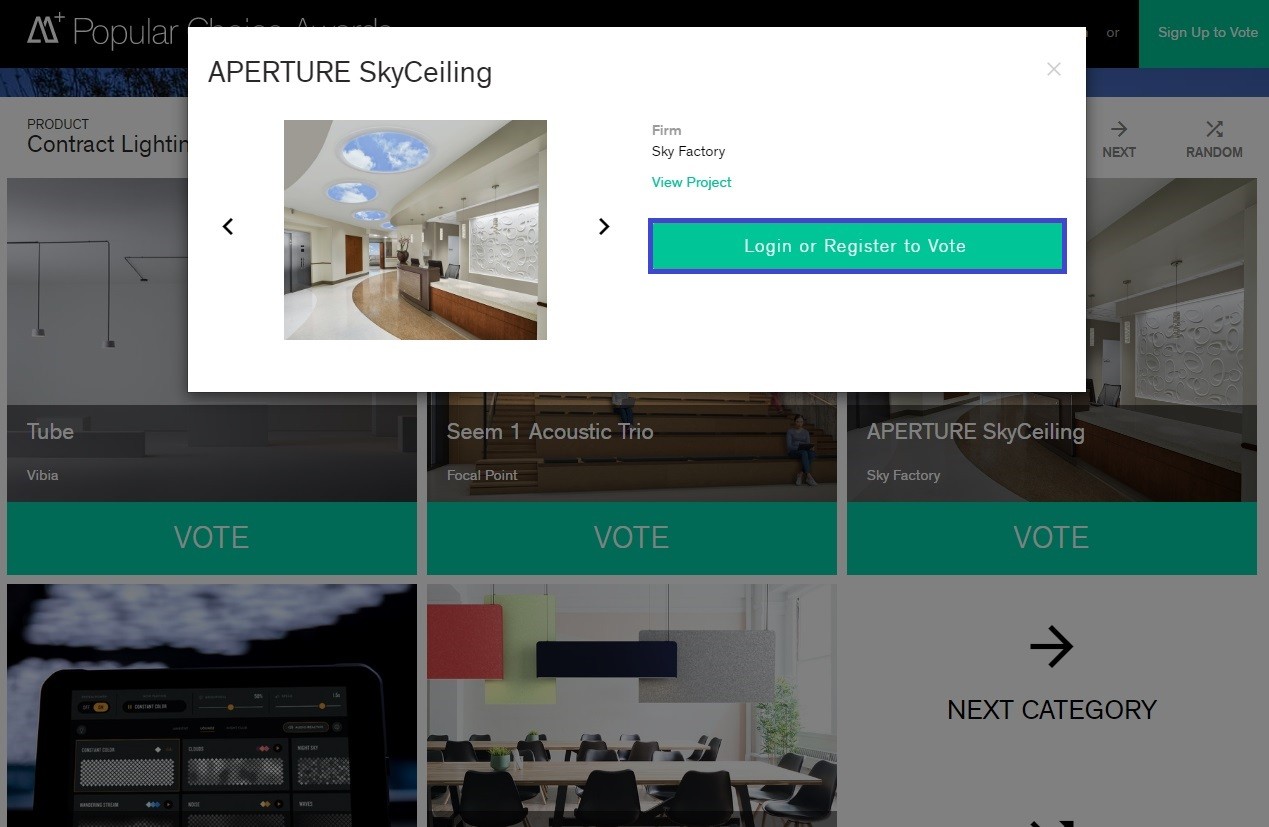 Once your EMAIL CONFIRMATION is set, you will automatically be directed to the CONTRACT LIGHTING Category. You can VOTE for "Aperture SkyCeiling."

A pop up window will CONFIRM your vote.

CLICK HERE to VOTE for INFINITY SkyCeiling and you will be directed automatically to the FINISHES: CEILINGS Category where you can register your vote.

You will see a pop up window that will ask you to CONFIRM your vote.

Plus vote in ALL the categories until July 31st and enjoy the best of architectural design around the world.

Your vote can help give these new products a high level of visibility among architects and designers in the U.S. and abroad. From everyone at Sky Factory, we would be most appreciative! 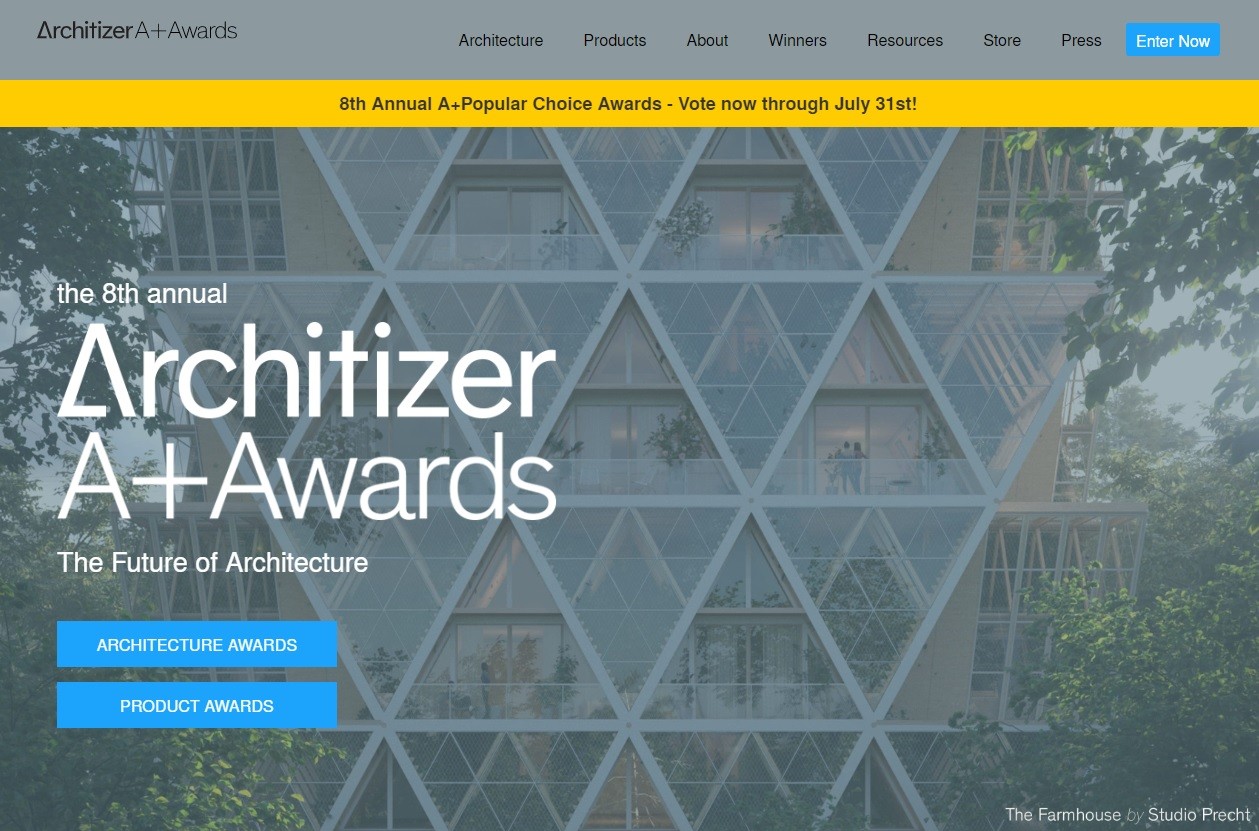 You can check the voting tally ANY TIME to see who's in the lead. Mobilize your friends and make a difference!